Inpage Software overview is an industry standard Page-Making software for Urdu and related languages. It’s announced in 1994. The InPage software has been used for a wide variety of publishing requirements ranging from heavy duty page layouts for Newspapers, Magazines, and Books etc. Some of the features that made Inpage Software popular with its users are: 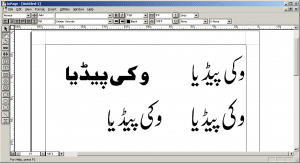 History of InPage Software in Pakistan

InPage launched its Version 3 at ITCN exhibition Asia in Karachi, Pakistan, held in August 2008. This version is Unicode based, supports more Languages, and other Nastaliq fonts with one new font have been added to it along with compatibility with OpenType Unicode fonts. In addition to Arabic, Saraiki, Urdu, Persian & Pashto, other languages of the region, such as Sindhi and Hazaragi can be handled in InPage.

Why InPage Software is very Famous

InPage is reported to be in use on millions of PCs in Pakistan & India (mainly illegal pirated version). It has also been widely marketed & sold legally in the UK and India since 1994.

You can also use exporting format of Inpage to create EPS, JPG, Text file format and use them as graphics, websites and in many other formats.

For a complete Video course in Urdu and Hindi Click Here 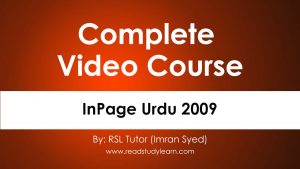 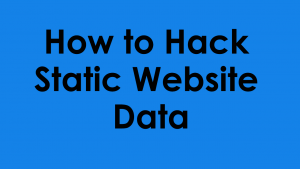 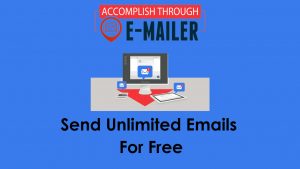 Courses We Have Done

imransyed127
Fiverr
Seller
I am an expert web, desktop, and mobile application developer also a good graphic designer order a gig from me and see how creative I am. You're free to ask any question as am always ready to satisfy my clients. Thanks